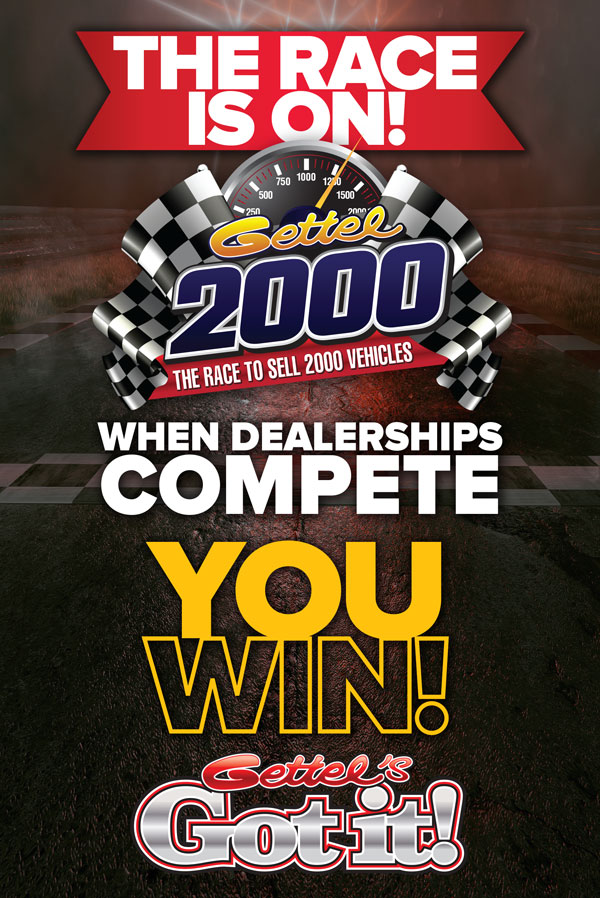 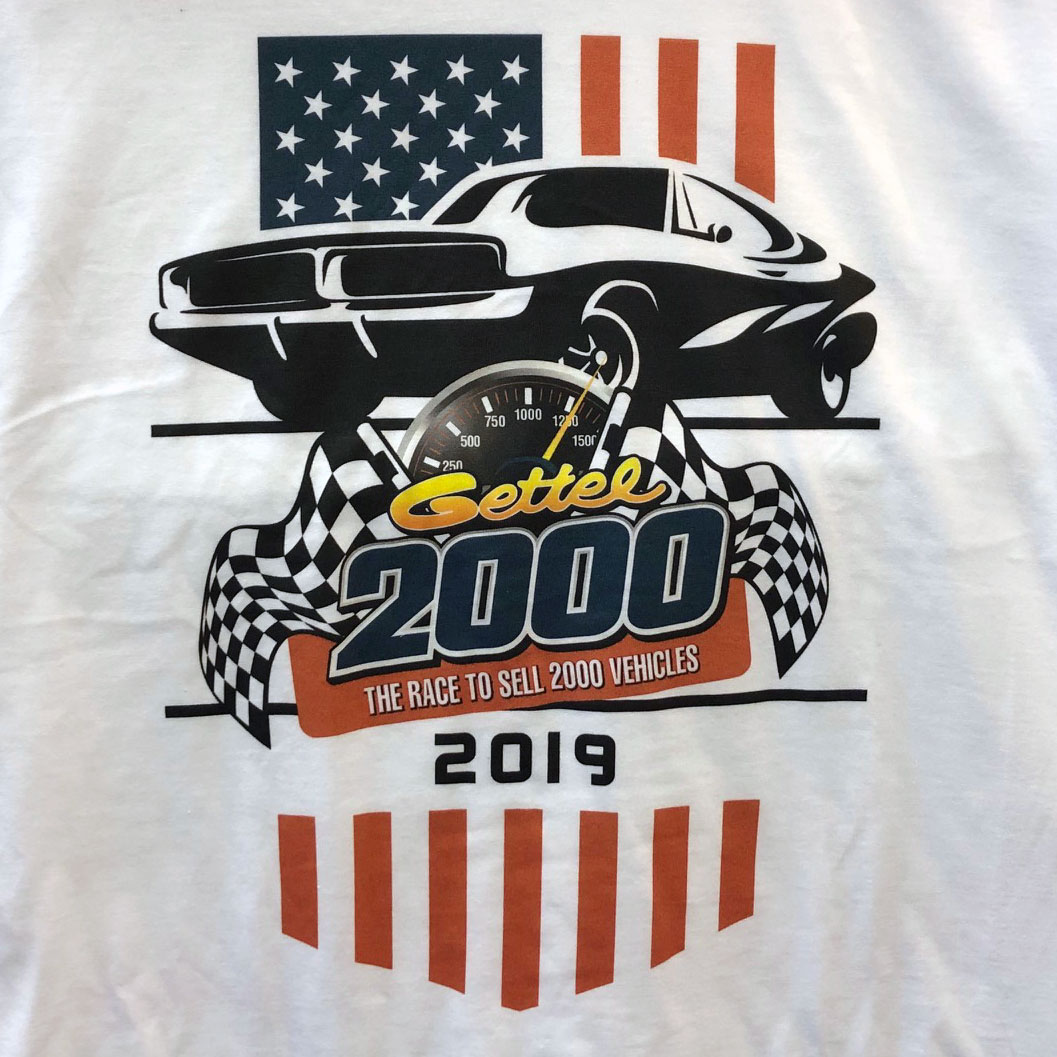 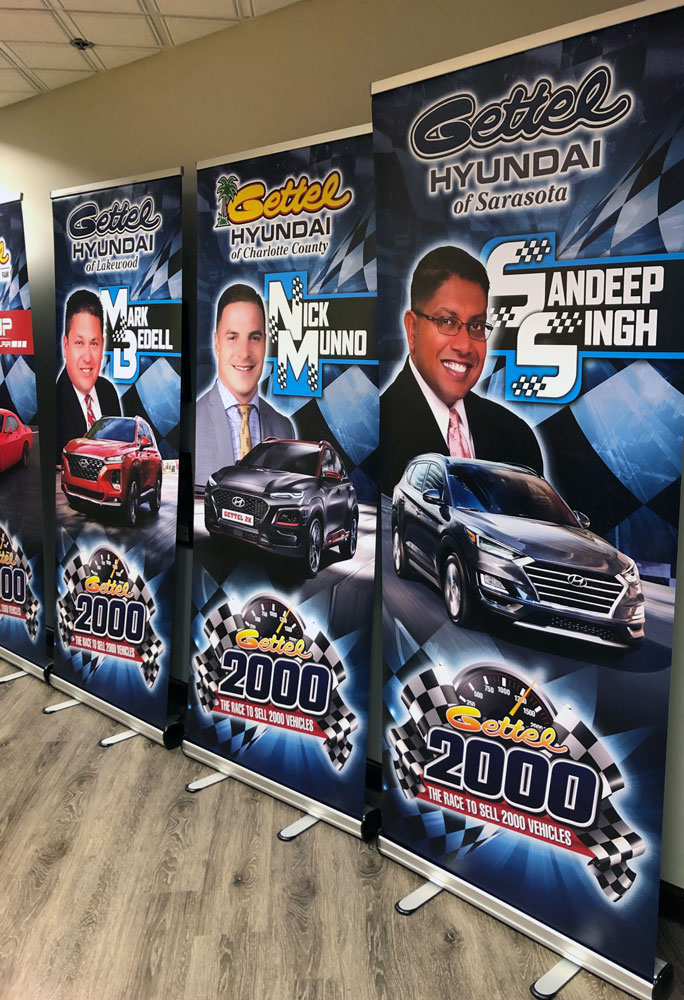 Nothing motivates people more than healthy competition! For over a decade, every May, the Gettel Automotive Group has run a major sales event and dealership competition. It began as the Gettel 1000 – the race to sell 1000 vehicles;  due to its success, it grew into the Gettel 2000; soon it will be the Gettel 3000. The Gettel organization kicks off the event with a company-wide motivational breakfast where goals and prizes are announced. Showrooms are decorated with collateral; on-hold messages are updated; everyone in the Gettel organization participates and is motivated and ready to make this race the most successful event of the year! Advertising and creative is important, but when you add in a dose of healthy competition, the success of the event skyrockets!

Mick Hubert, the voice of local college sports, is the spokesperson for Gettel Automotive. He’s the voice of our broadcast creative and occasionally makes an appearance at the kick off breakfast for this event. Over the years, Mick has acted as the color commentator of the race – even donning a headset and sitting behind a desk. Our studio has created race themed motion graphics that rival ESPN, making the race an event the dealers truly get passionate about.